A release is a collection of artifacts. An artifact is a deployable component of your application. Release Management can deploy artifacts that are produced by a wide range of artifact sources, and stored in different types of artifact repositories.

After a release is created, you cannot change these versions. A release is fundamentally defined by the versioned artifacts that make up the release. As you deploy the release to various environments, you will be deploying and validating the same artifacts in all environments.

A single release definition can be linked to multiple artifact sources, of which one is the primary source. In this case, when you create a release, you specify individual versions for each of these sources.

Artifacts are central to a number of features in Release Management. Some of the features that depend on the linking of artifacts to a release definition are:

There are several types of tools you might use in your application lifecycle process to produce or store artifacts. For example, you might use continuous integration systems such as Team Build, Jenkins, or TeamCity to produce artifacts. You might also use version control systems such as Git or TFVC to store your artifacts. Or you can use repositories such as Package Management in Visual Studio Team Services or a NuGet repository to store your artifacts. You can configure Release Management to deploy artifacts from all these sources. 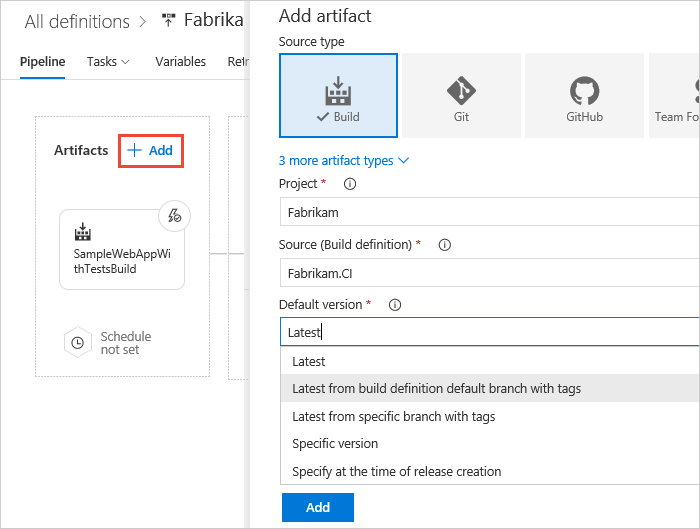